And here we are again! Since blogging on a phone isn’t all that great, and my laptop screen crashed a while ago I quickly snagged the Liquid laptop at a quiet moment to get back on track with the blog.

So what did I do since the last blog? Surprisingly enough, I’ve been diving!

A few trips to Apo Island with a great drift dive yesterday at dive site Cogon. It was kind of rough on the surface but fellow

Divemaster Trainee Jasper and me wanted to do a different dive to end that day. Since one of the guests hadn’t dived that particular site yet and was enthusiastic about some drift diving we went there. A few nudibranchs, corals, sand, water and an abundant variety of fish later we ‘stumbled’ into a huge school of jacks out in the blue. Drifting along, we were able to enjoy a wall of fish for quite a while. Curious about the school was that the jacks were paired up in two’s, one light and one dark. This could of course be very common, but I was going “aaawh that’s cute” (although it must have sounded a bit different under water). They were probably holding fins as well 😉 Yeah, just paint that picture in your head, cute eh?

Although Apo Island really is awesome, I’ve seen a slight change in my attitude towards the local dive sites along the coast of Dauin. I’ve enjoyed it since the beginning but was also really looking forward to Apo every time. This balanced out a bit in the last few weeks. I’m now looking forward to of course every dive, but especially the local muck diving sites. There’s just so much to see in the sand! We just came back from two morning dives at Pyramids and Cars. We’ve seen a flying gurnard, some cool nudibranchs, two very nice cuttlefish at the surface and a wee tiny octopus! Of course there’s more, like some morays and other fish and ehh..it seems like it’s ornate pipe-fish season! We’ve seen roughly (to even consider counting them roughly would’ve been rude but today I can get away with it) about 10 ornate ghost pipe-fishes on 2 dives. How about that? I’m getting spoiled here at this rate!

Specialties, I mentioned it in my first blog and after signing up for a few I’ve completed most of them now. 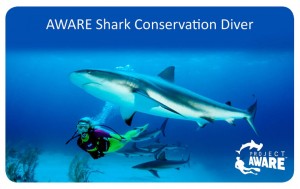 Within my divemaster package Liquid offered the Shark Conservation and Coral conservation specialty. Done and done. I can explain what it’s about but hey, it’s in the name already. In short: knowledge about sharks and corals and how to keep them all from going extinct, which is a good thing. There will be mainly divers reading this bit, and divers seem to be able to grasp the idea of sharks NOT eating people. For everyone else: sharks are pretty important in the ecosystem, food chain.. they’re below us by the way, meaning we eat them, not the other way around. And in the name of whatever is holy, stop eating shark fin soup! Even better, stop eating sharks! We’ve decimated millions if not billions of sharks already to the point of extinction. Sharks are just really nice guys who happen to have some sharp teeth. Best of all they’re not even using them on us, while we diving voyeurs float around them all the time. Me, I’d get annoyed after a while, but not them. They’re curious, shy and don’t bite. Sharks are nice ok? Now repeat that in your head a couple of times and recite it to everyone who says that sharks are bad. We might save some sharks and create some awareness among the non-believers and shark eaters.

That’s enough for now. I’ve got loads of other stuff to tell but I’m saving that for next time so you guys can go diving or sign some shark petitions.