There are many different types of divers out there. Some love diving on sandy slopes where they spend hours searching for tiny critters that you barely see with the naked eye. Others love jumping off a boat in the middle of the ocean and floating in the blue, waiting; hoping that something large and predatory swims by.  Then there are those that love the adrenaline of entering a wreck or cave not knowing what is around the next bend or down the next deck. Then there are divers like me who love nothing better than a gentle dive on a healthy coral reef. Luckily I have Apo Island in my backyard. 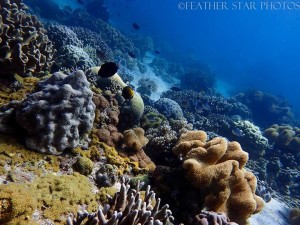 Many divers laugh when I say this is my favorite type of dive, some shrug their shoulders and say ‘well it’s a little boring, but I guess coral is pretty’. For me, coral is not just stunning to look at with a vast array of colors, shapes and sizes, but it is an amazing animal to watch. Yes, that’s right I said animal.  Not many people or divers for that matter know this little interesting fact – coral is not a plant it is, in fact a living breathing animal, a marine invertebrate to be exact.

The first coral reefs were formed over 500 million years ago so technically corals are as old as dinosaurs and not yet extinct – although through global warming and general disregard for the reef we are doing a good job of trying! An individual coral is called a polyp, which is a small simple organism distantly related to jellyfish and anemones. They are formed mostly of a large stomach, with alien-like tentacles protruding. Corals tend not to be singular creatures. Instead, many polyps live together to form a coral colony – which we consider the basis of a reef. 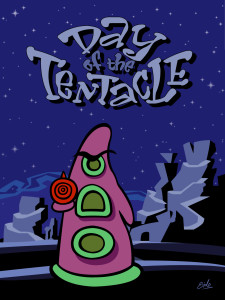 As with most beautiful things underwater, coral is a carnivorous and a potentially rather deadly animal. Just ask any diver who has had an unfortunate encounter with a fire coral! During night time is when corals come alive and begin to hunt. Now I understand that watching corals hunt is not as interesting as watching a shark or large fish, however imagine if you were a plankton or small shrimp happily swimming by and then bam! An alien-like tentacle hits out at you from the lovely coral colony below. This innocent looking tentacle not only packs a whopping punch but also has a nasty little sting in it that temporarily stuns you allowing the coral to open its mouth and devour you alive! Bet that gives you a different perspective of coral.

No matter what type of diver you are there is a common rule amongst us which should be followed by all; the rule of look but do not touch any animal underwater. This rule is pushed on you from your first learning experience (well it should be if you have a good instructor). We all know that if you touch an underwater animal you can essentially kill them. Many underwater creatures have a special coating to their skin that protects them from germs and infections. When we touch them we dissolve this coating allowing germs from our skin and the ocean to penetrate through to the animal and create disease.

Coral is no exception, in fact as one of the largest animals in the ocean we really should learn to respect coral a lot more. How many times have you seen a snorkeler using the century old hard brain coral as a stand so they can take a break from swimming or the diver with the camera who is desperate to get the perfect photo of the frogfish, carelessly lying on a beautiful soft coral colony! You know what those polyps are doing at this time – screaming in agony as they are being crushed alive! As the coral song says ‘would you step on a cat – no you wouldn’t do that!’ So 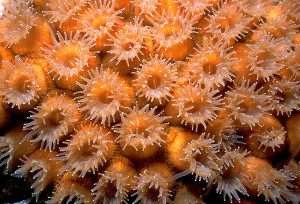 why do so many divers and snorkelers think it is acceptable to step, lie, touch, stand and generally beat up coral!

Coral does form the foundation of our reef systems, which in turn attracts the fish, the critters, the sharks, rays and all the other wonderful creatures so many divers are desperate to see. Without coral there will be no reefs, no fish, no sharks, no rays no nothing!! So maybe next time you go on a dive you should take a little time to appreciate one of the oldest living creatures in the ocean and remember it is not a plant but in fact a living breathing creature.