The History of Negros

The History of Negros.

Why is it that I always end up with the blog topics that need some research and fact checking? The history of Negros Oriental is a topic that I will have to do some actual looking into.

But that’s the topic I was given to write a blog about for this week. So as the saying goes, when you are given lemons, learn to juggle. Or something like that.

Back in the day researching the history of Negros would have involved heading to the public library armed with my library card (they couldn’t just check the system), and a pocket full of change. The change wasn’t for snacks or any such thing, it was simply so that I could photocopy the relevant pages.

It was either pay for copies or sit at a desk and scribble down notes onto a notepad. Of course there were some disadvantages to the Xerox machine. 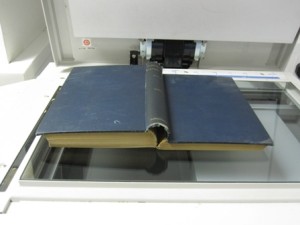 Usually there was only one in the whole place and you had to line up to get to it. Secondly depending on how big of a book you were trying to squeeze into the machine it had an effect on how well you could get a half decent copy. As most of the time it was an encyclopedia of sorts it was usually a sizable tome. Trying to flatten out the book and mash it down into the copier was a feat and a half. If done incorrectly you were left with half a page that was a perfect reproduction and the other half looked like a scrambled television channel.

No amount of squinting could make the page clear again and you would just have to plug more money into the machine and try again.

Of course things are much easier in this day and age. All it takes is a quick Google search. Right now I could type “History of Negros Oriental” into the search bar and my page would be filled with links to cold hard fact about Negros. Because everything that is written on the internet is just that, “cold hard facts”. Right? Of course not. That’s the problem how do I separate the wheat from the chaff? How do I know a site is reputable? Should I just stick with Wikipedia? 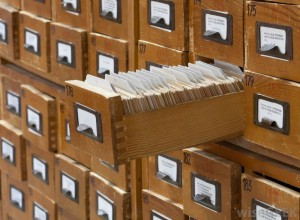 At least at the library there was usually only one or two books about whatever subject you were researching. And it was selected by someone for presumably being accurate and worthy of claiming it’s rightful place in the Dewey Decimal System card catalog.

Possibly it was the librarian that made the selection? If there was another person in charge of library-ish things, I have never encountered them. Given that the librarian had the power to instantly silence a room without word ( a simple “shhh” would suffice) I can only assume they had the power to veto inaccurate text. I’m not sure of the specifics, but it didn’t just appear there without some kind of system of checks and balances.

But the internet, that is a whole different machine. Anyone can put something on it’s virtual shelves.

What does all of that have to do with the history of Negros Oriental? Not much actually. To be honest I’m just trying to delay my fact checking for a while longer. After all some things might be better to not know.

By not knowing the actual history of Negros Oriental I can dream up my own.

The imagination is a great thing. Why stifle it with facts, and dates, and other such nonsense?

Here are the facts as I know them. Negros is an island, actually it’s divided into two halves Occidental and Oriental.

Now I happen to know a smattering (yes, that’s a word, look it up) of Latin. Exactly how that came to be, I’m not sure. But I seem to possess slightly more than the average person. For a baseline I’m assuming most people got their knowledge of Latin from Robin Williams in Dead Poets Society.

But lo and behold, I have found a small aircraft here with Negros Oriental and Negros Occidental, where I can flex my might, such as it is.

The terms Oriental and Occidental are like two sides of a coin. Oriental is derived from “Oriens” which simply means East. Given that, it’s not hard to surmise that Occidental means West, in Latin the word is “Occidens”. And with that our Latin lesson comes to a close, let’s take this plane in for a landing.

Oriens and Occidens or East and West, like I said two sides of a coin.

Incidentally can you think of another phrase that means the same as “like two sides of a coin”? I can’t. No, really, it’s harder than you think. Give it a try.

Let’s get back to my extensive history of Negros. As far as the topic of Negros goes I can only make some wild assumptions.

First off as an island, the first people to “discover” the island came by boat from the West (most likely it was the Spanish). That’s if I use a starting point of when someone from outside of Asia arrived on the island.

I think that is a fair starting point because I highly doubt that the inhabitants of the island named their own island Negros Oriental. I mean really. It had to be someone from outside of Asia.

Now I may start to touch on some racial nerves here, but really I am more focused on the linguistic side of things. After all, there are only a couple of things that I actually know to be factual here. One of them is that the island is named Negros or if you divide it up, “Negros Oriental” and “Negros Occidental”. It is also correct to flip those around and say “Oriental Negros” or “Occidental Negros”.

Given this linguistic edge I can continue with my assumptions. Whoever it was that arrived on Negros, they were from outside of Asia.

How do I know this?

Because who else would call the people Oriental? Another Asian nation most likely would not feel the need to classify the islanders as Asian (or as us Latin aficionados know it to mean Eastern). Now I’m saying Asian (instead of Oriental) because it’s a bit more politically correct in my mind. But at the time that Negros was “discovered”, the term was indeed Oriental. 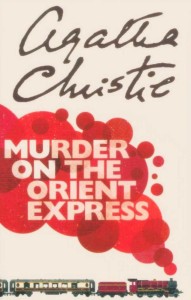 Think of Agatha Christie and “Murder on the Orient Express”, that would lose some of its mystique if it was “Murder on the Asian Express”. That sounds more like a Fox News Special Report.

In any event the intrepid travelers that discovered Negros saw two things to categorize the people of the island. One was that they were some type of Oriental. The other…is a lumbering elephant in the room that I am afraid to get too close to. It has to do with the word Negros. Of course, I can only assume that this was a reference to the color of their skin.

The word negro literally translates to mean black. Spanish and Portuguese speaking people agree on this if not other things.

Again it comes from the Latin word “niger”, which comes dangerously close to a word that is best not spoken too loudly. Unless of course you happen to be a multi-million dollar recording artist, then it can be acceptable to use this particular word as often and loudly as possible. However, there is a stringent set of parameters that must be met first. Not just any recording artist can get away with it, just ask Justin Bieber.

Most likely the dark skin was the first thing that stood out. Hence the island as a whole is simply called Negros Island. The terms Oriental and Occidental probably came later, when the two sides of the island felt a need to differentiate themselves for some reason. Probably it had to do with politics or religion, they are both proven methods used to divide people around the world.

And that my friends, is the history of Negros, at least as much of it that I am interested in. If you don’t believe me just go check out Wikipedia.

Just don’t come back and spoil my fun with facts and dates and other such nonsense.

By the way there are more useless superpowers here